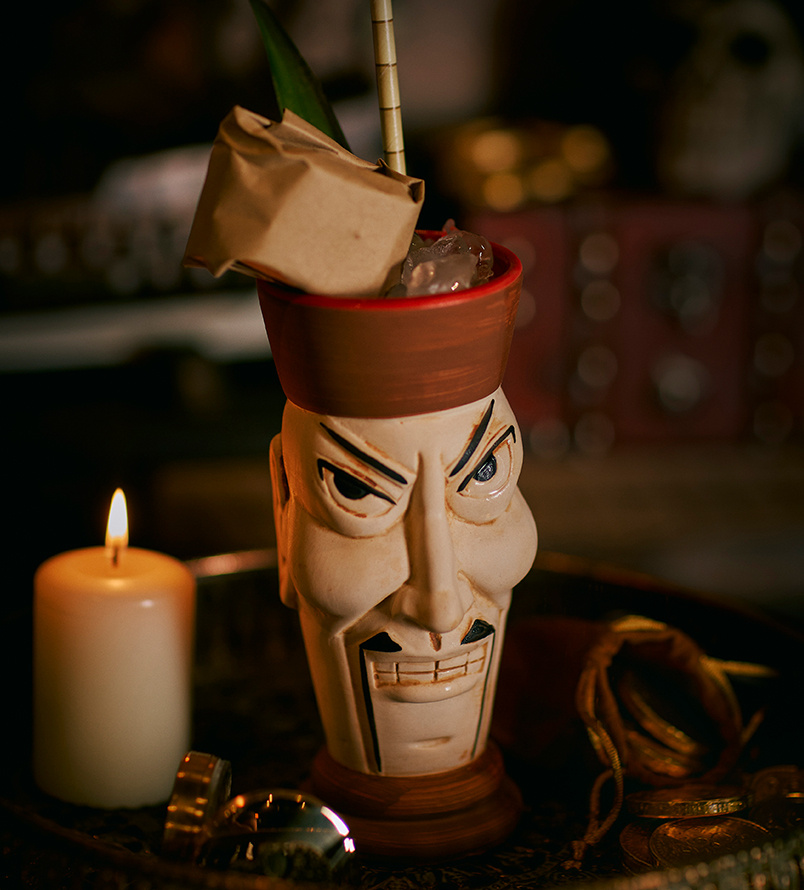 A bitter and ruthless pirate that claimed countless lives! Campari, Mezcal and Plantation Dark Rumcome together to leave you wanting more!

The cruel reign of Madame Cheng over the opium trade was legendary, but we were able to plunder some of her bounty to bring you a coconut delight served with your own personal packet of opium.

A chocolaty boozy buried treasure found off the shore of Venezuela . Diplomatico Exclusive and Pedro Ximenez Sherry to create a bold but tastety tipple.

Blackbeard’s long lost stash of bottled elixir found at the bottom of the ocean. A mix of Caribbean rum, whiskey, coffee liquor and honey, smoked and seared in the very bottle it was found in.

A combination of Havana 3 year, sweet vermouth, lime and grenadine create a sour surprise that will promise to explode with flavour.

A tropical drink to match the tropics of which were explored in Cpt Morgans voyages. Plantation Dark, Chambord and Banana liquor are mixed together to create a fruity paradise.

A mix of Goslings, Ginger Beer and our Caribbean syrup creates a spicy cocktail that will warm you while out at sea search for buried treasure.

The unfortunate story of the pirate that was eaten by cannibals…… only right we serve this drink in his skull. Dead Man’s Fingers and Gosling mix together with Pineapple and almond syrup to create a very mellow cocktail. Topped with a secret ingredient.

Our signature Grog blended with tiki bitters and Velvet Felernum to give this concoction a kick that will kick you on your arse….. but don’t worry we will light the fire to get your right back up.